Text by the artist. Translation from English to Farsi: Shirin Rastin.

Interview with the artist & live performance

For two decades, Monika Weiss has made art that allows us to reflect on the relationship between body, history and memory. Weiss' artistic practice includes creating performance-based installations in public spaces, film projections, sound compositions, objects, self-shot photographs, and accompanying large-scale drawings shown in museums and galleries internationally. Employing her own body as a vehicle of expression the artist invites others to participate in her films and performances. British art critic Guy Brett wrote, "Weiss provides an alternative experience of space and time which is not end-driven but steady and enduring… The artist explores the prostrate body as a paradoxical sign of resistance to oppressive and militaristic cultures. Sound meticulously composed by the artist lifts the silent, filmed actions into another emotional register.”

The artist was originally trained as a classical musician, before studying fine arts. “Music is a primary language for the artist who listened daily to the piano as a child and then studied at the Warsaw Conservatory. Weiss composes all the sound compositions for her films. Her body, a vehicle for expression and (silent) narration, stands for existence: its markings, absence—both are part of life. In Weiss’s practice, historical memory, language, recorded sound, the moving image, the body, time, and contingency are embedded. " (Julia P. Herzberg)

“In her work lament [or lamentation] functions as a gendered sociopolitical and poetic commentary set against the shifting frames of violence that shape our histories." (Kalliopi Minioudaki)

An important part of Weiss' work is public projects that are site-specific and historically charged environments. Commissioned by The Drawing Center, her Drawing Lethe (2006) took place at the World Financial Center Winter Garden within sight of Ground Zero, where workers were still searching for remains. Passersby lied down and marked their presence onto the enormous canvas covering the floor, which gradually became a drawing-and-sound field. In Shrouds-Całuny (2012), Weiss filmed, from an airplane, local women performing silent gestures of lamentation on the abandoned, forgotten site of the former concentration camp Gruenberg, Germany, located now in Zielona Góra, Poland.

Weiss' grants and residency fellowships include a BRIC Residency Fellowship (2017), Harvestworks Production Grant (2017), CCA Zamek Ujazdowski AIR Laboratory Residency Fellowship (2010), NYFA Fellowship in Interdisciplinary Art (2009) and YADDO Residency Fellowships in 2005 and 2009. For her travelling solo museum exhibition, Sustenazo, the artist received support from the US Embassy in Poland (2010), Trust for Mutual Understanding (2009) and Chilean Ministry of Culture (2012). In 2006 her public project at WFC Winter Garden received generous support from Winter Garden Arts. Since 2011, Weiss has served as Associate Professor in the graduate program of Sam Fox School of Design & Visual Arts, Washington University in St. Louis.

Born in Warsaw, Poland (1964) the artist lives and works in New York City. 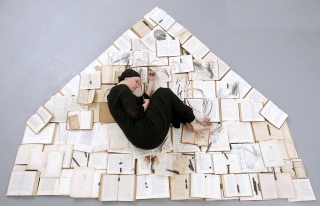 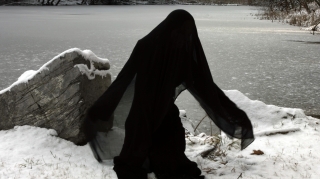 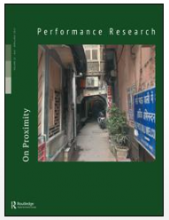 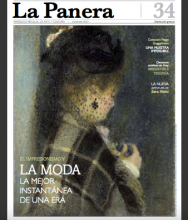 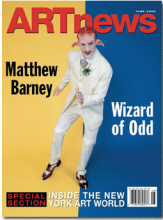 "The exhibition's title "Five Rivers", refers to the five rivers in Greek mythology that are believed to separate the world of the living from Hades, the world of the dead (...) Ms. Weiss is clearly fascinated by this transition, and something of her fascination is evident in "White Chalice (Ennoia"" (2004) an installation consisting of a video image of her curled up body projected into a medieval baptismal font (sculpture) filled with water. It is as though she were back in the womb, about to be reborn, yet heavy with time."