Painter and art critic, received her first solo show thanks to Laurie Anderson, then curator of the Whitney Museum Art Resources Center; Welish has exhibited most recently in New York, Paris, Vienna, and Cambridge, England. She received many grants and fellowships, including: Adolph and Esther Gottlieb Foundation, Elizabeth Foundation for the Arts, The Fifth Floor Foundation, Guggenheim Foundation Fellowship, Pollock-Krasner Foundation, and Trust for Mutual Understanding (supporting an exchange between the International Studio Program, New York and the Artists’ Museum, Łódź, Poland).  In 2006, she received a Fulbright Senior Specialist Fellowship to teach at the University of Frankfurt, where she also worked on a limited-edition constructed art book, Oaths? Questions?  in collaboration with James Siena, published by Granary Books in 2009 (in the collections of the Beinecke Library at Yale, Columbia University, Getty Museum, and The Metropolitan Museum of Art);  in 2010 with a Fulbright, she was at Edinburgh College of Art. Writing on her work may be found in Of the Diagram: The Work of Marjorie Welish (Slought Foundation) compiles papers given at a conference on April 5, 2002, at the University of Pennsylvania. Welish’s book of art criticism is Signifying Art: Essays on Art after 1960 (Cambridge University Press). Marjorie Welish is on the Board of the International Studio and Curatorial Program (ISCP), and on the Advisory Board of Satellite Berlin, which also sponsors  “Paper Architecture: Urbanism” (a collaborative project with Olivier Gourvil and urbanist Muriel Pagès). Her art is represented by Emanuel von Baeyer, London; Silas von Morisse Gallery, Brooklyn, New York; Aaron Galleries, Chicago.

"For much of twenty-five years my paintings have posited a structure of difference. During the 1980s, my work brought together four-panels juxtaposing radically different orders of color and structure. Currently in diptych to announce that this physical difference will be realized also as formal difference, one panel presents the modern commonplace of red, yellow and blue even as the other panel treats this conventional palette of formalism to operationsñbeing translated, rotated, inverted, whited out. Some works which feature a slipping passage or a condensing of the grid, indicate a directed reading of the picture from left to right; others do not, and so choosing to read from left to right or from right to left is a matter of cultural proclivity. Recent projects also include paintings whose structure of difference presents two competing yellows, two competing reds and two competing blues, to ask the question: which is the ìtrueî one (the relative rather than the absolute condition of norms is thereby revealed). Another project, initiated before going to Poland to create collaborative drawings with another artist (thanks to a grant to encourage cultural reciprocity by the Trust for Mutual Understanding) concerns composing works whose difference in structure is that between a red, yellow, and blue passage confronting a passage in black and whiteña dramatic difference if there ever one, given that, the two-color ìsystemsî hold their ground against three-color ìsystemsî and do not readily submit to the other. Incommensurate logics brought into equilibrium are of great interest to me, in part to further the concerns of modern abstraction by opening the givens of modernism to post-structuralist investigations.Still more recently and derived from this is the series ìIndecidability of the Sign: Frame,î which foregrounds the device of diagrammatic stratification of modernist structuralist elements, now rendered as functional fictions. And now ìBlueprintî puts paintingís gessoed surface, ìfoldedî color, calligraphy and the grid that supposedly rationalizes the structural fold all on the same footing, through writing, the deconstructive discourse."   - MARJORIE WELISH

Especially recommended writings from the conference book Of the Diagram: The work of Marjorie Welish may be found here: 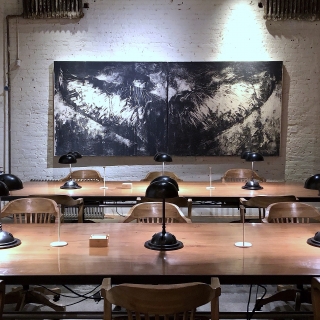 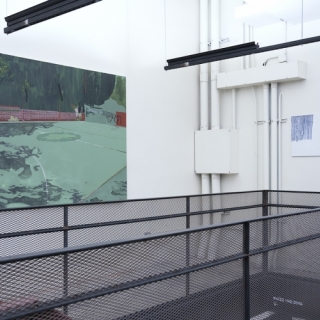 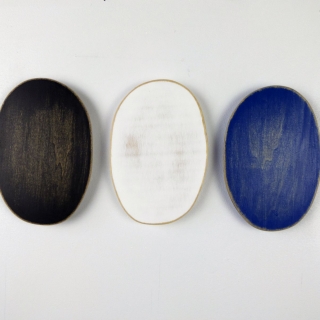 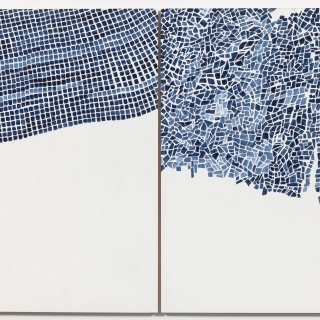 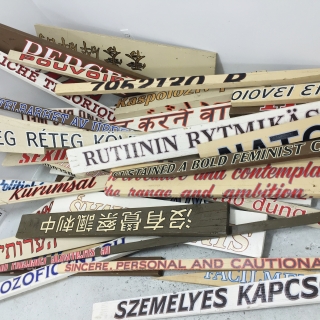 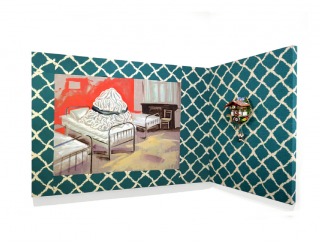 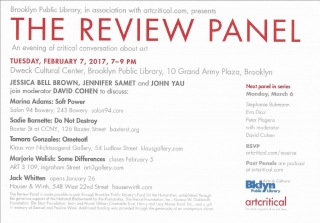 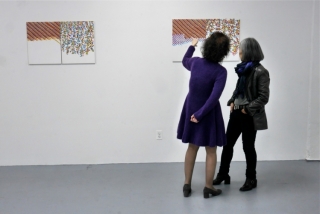 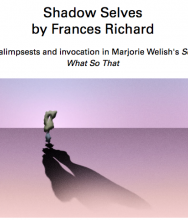 BOMB magazine Shadow Selves by Frances Richard : Palimpsests and invocation in Marjorie Welish's So What So That
View More 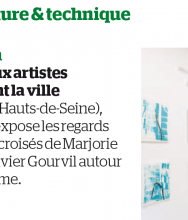 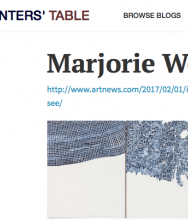 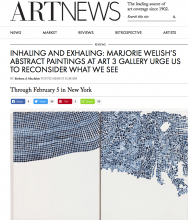 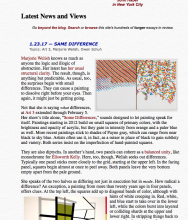 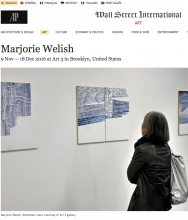 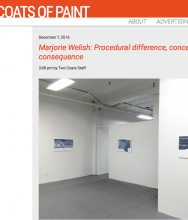 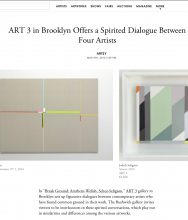 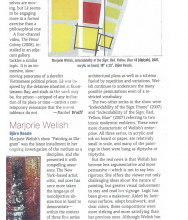 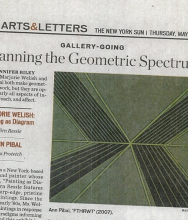 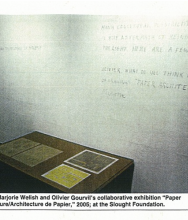 ART IN AMERICA, Marjorie Welish and Olivier Gourvil at the Slought Foundation, May 2002
View More 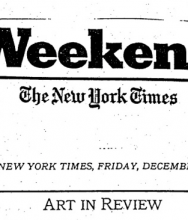 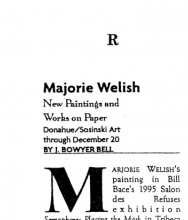 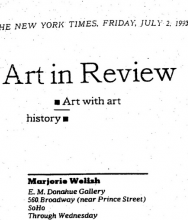