"These series of paint stick drawings are based on the Mummies of Guanajuato, naturally mummified bodies entombed in the local cemetery of Guanajuato, Mexico during the cholera outburst in 1833. During that time a local tax was imposed requiring relatives to pay an annual fee to keep their relatives buried. If the fee was not paid, the body was exhumed. In 1865 the first mummified body was extracted in a preserved condition due to the characteristics of the soil in which they rested and the area’s very dry climate. A law prohibiting disinterring was passed in 1958, but a museum still exhibits the original mummies. Many of the bodies were buried immediately to control the spread of the epidemic and in some cases, the dying were buried alive by accident. As a result, some of the mummies have horrific expressions attesting to their death in the tombs. They look like the preliminary stages of sculptures: the wire frame, the first tendons of clay, the thin glaze of skin, their clenched hands over their shriveled bosoms, their wide jaws, their tongues out, their nostrils flared. Their actions have been frozen in time as they face death for eternity in perpetual screaming. Drawing the mummies was an opportunity for me to further work with line, form, texture and tone."

Alexis de Chaunac’s Los Caprichos are confounding. They disturb me while luring me in. I discover a trace of a figure and follow it, seeking a  resolve. But just as soon as I’ve apprehended the figure’s apparent   autonomy, it dissolves into the strange pool that makes up the dizzying  whole, and I am taken by the nearly abstract festival of wild shapes and  rich color. But then the image transforms again, because despite the  constant lure of abstraction, the drawings are portraits too. They are  portraits of sufferersmen wrapped up in a spectacle of their many forms,  prisoners in a web/puzzle of pictorial, poetic chaos. This is a perplexing  duality that beckons a two‐faced viewer. I am at once sympathetic of the  sufferer his eyes are sad and human and drawn to his pain; which, elucidated so beautifully in the complex  construction of the body, is sexy, intoxicating, and gives me intense  pleasure. Thus, I need the figure to tear him apart, and I tear him apart to  appreciate his pain. Abstraction and figuration are endlessly entwined, showing the viewer agony whilst inculcating him with joy this is the power of Alexis’s Los Caprichos.

LOS CAPRICHOS
ALL WILL FALL

THOSE SPECKS OF DUST

Ink and gouache on brown paper in white box frame

Ink wash and watercolor on paper

Ink, wash and watercolour on paper

Paint stick and graphite on paper

Alexis de Chaunac in his studio

As a rapidly up-and-coming artist, Alexis de Chaunac draws from Nature, literature, religion, mythology, art history, politics, and his own multicultural background to produce exuberant, mixed-media drawings. He describes drawing as “a transcendental language that anyone can understand”. He works quickly, often with ink because of its fluidity, producing rich, multilayered works filled with faces and laden with cultural references. De Chaunac draws inspiration from such diverse artists as Rembrandt, Goya, Delacroix, Schiele, Picasso, and Francis Bacon, whom he groups together as “chroniclers of the human condition”. His own artistic rendering of humanity comes from literature. He claims influences from the Scriptures to great epics and all the way to Beat Generation writers such as William S. Burrough. Referring to his practice as contemporary myth making, he takes archetypes such as Oedipus, Jesus Christ or Dante “working out of them to explore the primitive aspects of human nature”. Recognizing that art and the sacred have always been connected since both question death and challenge the passage of time.

Born in New York and raised in Mexico City and Paris, he grew up drawing in the studio of his grandfather – renowned Mexican artist Jose Luis Cuevas. He then came to the US to study at the Sarah Lawrence College, NY. He shows with Silas von Morisse Gallery in New York, NY and already has had his first museum solo exhibition at the Museo Iconografico del Quijote, Guanajuato, Mexico (2014) and The Pinacoteca Diego Rivera (2015). 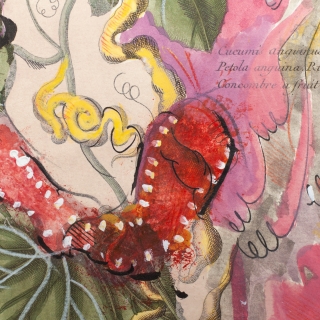 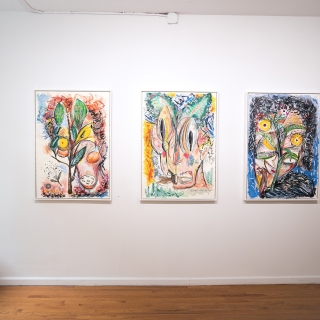 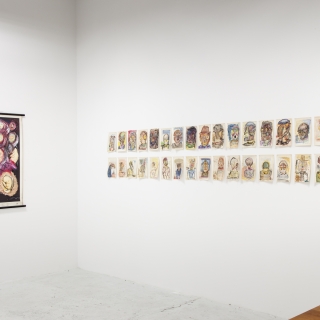 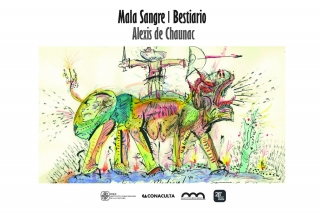 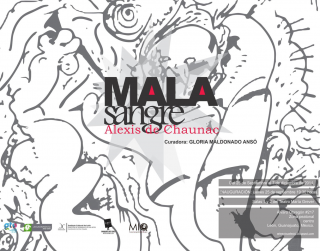 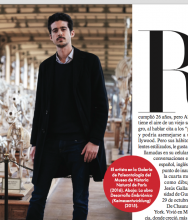 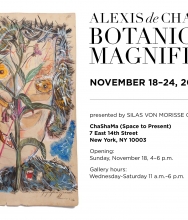 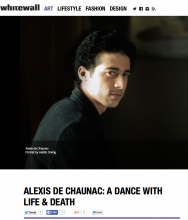 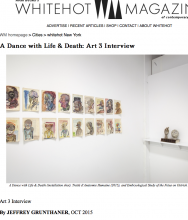 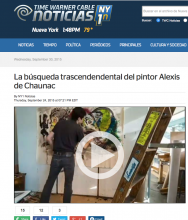 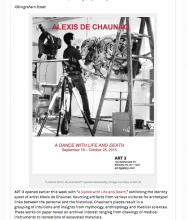 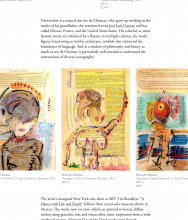 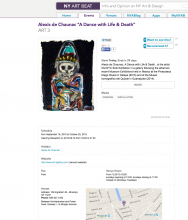 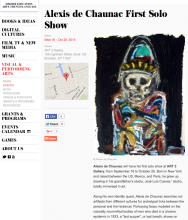 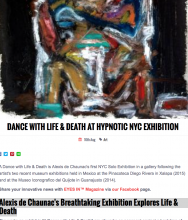 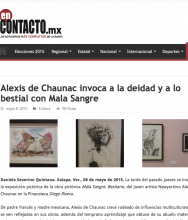 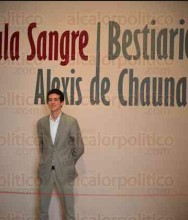 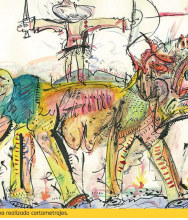 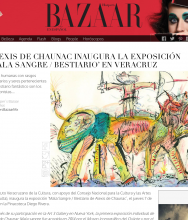 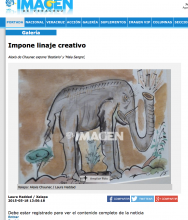 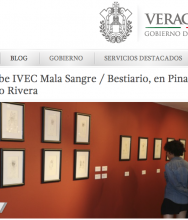 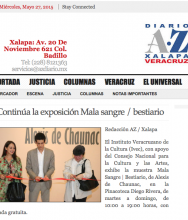 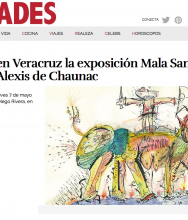 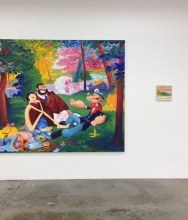 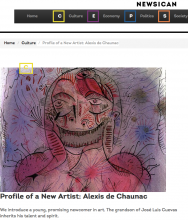 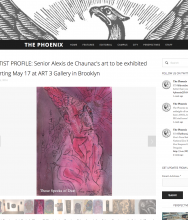 THE PHOENIX, Alexis de Chaunac's art to be exhibited starting May 17 at ART 3 Gallery in Brooklyn
View More